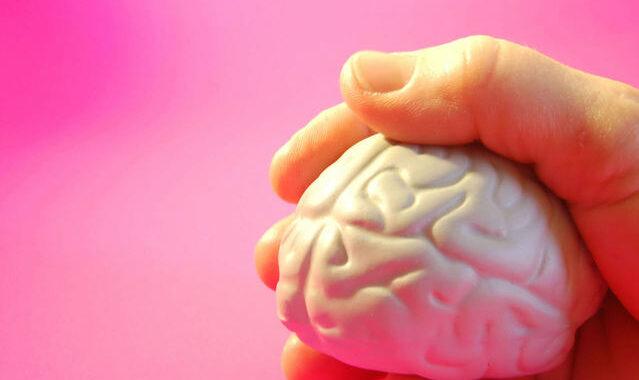 I love dogs, and I’m especially enamored with my Pocket Bully, Atlas. Her behaviors are different from any dog I’ve ever had. Many people that have this breed will agree. We all say, “My Pocket Bully Watches TV, too.” Most people will say that dogs don’t think like we do. Or argue that their intellect is far inferior to ours.

However, after having an extremely smart dog, I don’t know if this is true. I’ve had smart dogs, and I’ve had dumb dogs. I know that sounds rude, but it’s just how it is. Smart dogs in the past, were smart because they learned faster. Dumb dogs were simply called this because they took forever. All dogs learn differently, just like us.

Is A Dog Really Dumb?

This is hard to debate. I say this only because I’ve used this saying in the past. I know, it sounds mean. But we’ve all said it, especially as dog owners. “God, yes, my dog is dumb sometimes.” I understand we don’t say this about humans, so why say it about dogs? It just seems to be something we say sometimes about our pets. I hate when I say it, so I try not to.

But here’s the fact. Dogs learn differently between breeds. Yes, some breeds are not as smart as others. Take a Chihuahua compared to a German Shepherd for example. How many Chihuahuas actually learn commands. Sit, stay, come, etc. Most of this breed is what’s called a purse puppy. They’re toted around with their owner, but we don’t expect much from them. Yes, I have two Chihuahuas, and I’ve had others. I can speak from experience.

However, people that have Shepherds, almost all those dogs recognize commands and listen very, very well. Chihuahuas, not so much. They tend to do whatever it is they do. Bark, jump around, act needy. I get there’s a very big size difference here, but let’s face it, police have Shepherds for a reason. If Chihuahuas were a super smart breed, people would make them bigger. Instead, they’re getting smaller and smaller. For good reason too. Large Chihuahuas would be a recipe for disaster!

What Makes A Dog Smart?

So what is it that makes a dog more smart than others? Breeding. Some breeds have naturally become less smart. Some from inbreeding, to try to make the dog a specific size. Also, trying to make the dog look a specific way, regardless of their smarts. People will breed dogs, often for looks and not for making them smarter. Unless that’s what you’re going for, maybe. But I know a lot of breeders, and mainly it’s about looks.

I’m going to use Annie, my dog that passed this year as an example. Annie was multiple breeds; she was a mix. Dane, Mastiff and Boxer. Dane’s, the gentle giants aren’t always known for their smarts. Mastiffs can go both ways, and so can boxers.

Boxers, however, are very hyper dogs. Hyper means they can’t focus on a single command for long periods of time. They lack that focus. It’s like a smart, but hyper, child in school. If they’re hyper, they may bounce around during lessons and not learn the lesson. Through no fault of their own, they’re simply very hyper. Always having to move, to bounce, to stand. When you can’t focus your attention on a lesson, you can’t learn that lesson.

Dogs are similar in this capacity. If their brain can’t focus on the commands you’re teaching them, they can’t learn them. I consider these dogs to be similar to ADHD children. No, I’m not going to get prescription drugs to help them. We simply try harder to train them, or we give up. Then, it’s just a matter of having a dog that you know won’t be in shows. At least, not for me personally. Annie, even though she was a mix, was never a dog that I wanted more of. In fact, she was very, very difficult to train. It took her 2 years to learn one single command.

And I know how to train dogs. But whew, Annie gave me a run for my money. Even licensed trainers couldn’t help her. Patience, diligence, lots and lots of treats, and 2 years later she knew a command. I trained her every single day. She still just had a hard time learning. And some dogs are just like this.

Dog’s brains are similar to a human’s brain. I like to think of my dog’s as a small child. Meaning, they can understand me. They can also communicate with me in their own way’s. They have emotions, get sad, happy, etc. Dogs fear things and people. Just like with small children that haven’t learned to speak English yet. They feel emotions, fear angry people or darkness. Their brains are still developing with time. Absorbing information and how we talk.

Like humans, dogs have a Corpus Callosum. This is white matter that connects the left hemisphere of the brain with the right. In order for the two hemispheres to communicate with each other, the Corpus Callosum is necessary. Humans that haven’t developed this, have a variety of disorders. Often it can be related to some birth defects like Fetal Alcohol Syndrome, among others.

Different breeds of dogs have different sizes of Corpus Callusum’s. This changes the cognitive functions in a dogs brain. How the left and right side of the brain communicate with each other. I believe, Atlas has a decent sized Corpus Callusum. Many Pocket Bullies that watch TV most likely do as well. Dogs that learn faster than others have a larger Corpus Callusum (Keller, Evert, The Anatomy of a Dog Brain, Cuteness.com).

Each breed has a different size according to J Vet Intern Med published on the National Library of Medicine (NIH.com, Corpus Callosal Abnormalities in Dogs, Jul-Aug 2014;28(4):1275-9. doi: 10.1111/jvim.12371. Epub 2014 May 19). A different size means they can communicate faster and more information for cognitive function between the hemispheres.  The size directly affects the cognitive functions and learning between the hemispheres according to PLOS One, in The Role of Corpus Callosum Development in Functional Connectivity and Cognitive Processing (2012, Aug. 3, doi.org, 10.1371, journal 0039804).

What It Means To Watch TV.

This isn’t saying that a dog will look at you and the remote and bark at you to turn on the TV. However, last night, my husband and I were watching Game of Thrones. I know, we’re late. It’s fine. My Mother downstairs was watching The Lion King. I looked over at Atlas, and she was sitting up on the couch, looking over the railing. We sit in a loft that overlooks the downstairs. My Mom’s TV is mounted on the wall.

Atlas was watching The Lion King. She heard the start of the theme song in the beginning and sat up. Resting her head on the couch, overlooking the railing, she watched the movie with my Mom. Her eye movements told me she was absorbing what she was watching.

Eye movements tell a lot of about brain function. Even in our dreams, our eyes dart back and forth. This shows that our brain is functioning on a subconscious level. Awake though, watching and focusing, we’re absorbing information. This is what she was doing last night. She was absorbing the information from the movie and watching. Not for a minute, no. She watched the movie for about 45 minutes until a commercial break. That’s when she fell asleep, sitting up. I only knew she fell asleep because I heard her snoring.

But as I kept looking over at her, she continued to watch. Now, whether a dog releases the same endorphins as a human, I’m not sure. We release this when we run and dogs seem to smile when they run. So they very well may. There’s not a lot of studies out there on dog’s brain functions like there are with humans. But I believe she was happy watching this movie. This could very well mean, her brain may have been releasing the same endorphins as we do.

While we don’t always understand our dogs, they still have brains. Much like ours, actually. Some parts of their brain are much more developed than ours in fact. Sensory parts and, believe it or, communication parts. Dogs can communicate without speaking. They watch body language for information about other dogs and humans. Even humans don’t always have this ability.

While we’re able to use thumbs and adapt, that doesn’t mean dogs can’t. They have thumbs too, just in an odd place. Though, Atlas uses her thumbs often to grip toys or to hug people. She pulls people to her for the hugs. It’s very cute. But cute isn’t what this is about. This is about how some breeds are extremely smart. And never, in my life, have I seen a dog sit up, look over a loft and watch a movie. She reminded me of my kids when they were under 2 years old. Watching a movie. Eyes darting back and forth in the same manner as Atlas’.

So yes, some dogs are smarter than others. My Pocket Bully watching TV has confirmed this suspicion that I’ve had about her since she came into my life.

Does your dog watch TV? Do they stay focused on it, or only watch when another dog or noise comes across the TV? Does your dog have a favorite movie like Atlas?

Keller, Evert, The Anatomy of a Dog Brain, no date, https://www.cuteness.com/article/anatomy-dog-brain