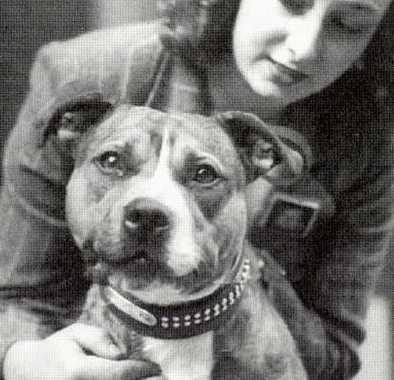 The Staffordshire Terrier has been around since the 1800’s. Initially bred to be a Bull hunting dog, people would bet on who would win. They would also bet on the dogs versus bags of rats. Dogs against dogs in a pit setting. Dog fighting and other archaic sports were very popular in the 1800s and people knew these dogs could win. Though dog fighting was banned around this time, people still used the Staffordshire Bull Terrier.

Even though they were bred for a specific purpose, many today have bred it out of them. We’ll get to that. But first, let’s get into their characteristics.

Characteristics of the Staffordshire Bull Terrier.

This breed has very specific characteristics that breeders look for, as well the kennel clubs that recognize them. They are recognized by the American Bully Kennel Club and the American Kennel Club.

They are short in appearance, short haired and come in a variety of colors that are acceptable. Most judges look for the stocky and agile appearance of the dogs.

Their head is short and pronounced and their cheeks are pronounced with defined muscle as well. Often confused with a small American Pit Bull Terrier, they are not the same. They come from some same lines, however, are a completely different dog.

History of the Breed.

There is some confusing history about this breed, let me say. They originated in England and were a cross-breed between the English Bulldog and the Old English Terrier. The Bulldogs were used against Bull’s because of their powerful jaws. Created as a dog that was pitted against the Bull’s in a harsh game, people would bet on who would win. The dog or the Bull.

Dog fighting became very popular at this point and people wanted to pit dogs against dogs. Breeders then started crossing the Bulldog with the Terrier to have an advantage over the other dogs. The powerful jaws of the Bulldog and the sheer energy and athleticism of the Terrier.

Soon, this became the most sought after dogs for the dog fights. They were referred to as the Gladiators of the dog fights, called the Pit Dogs (not to be confused with the American Pit Bull Terrier).

Often confined to kennels in the cellars of homes to hide them from the police, these dogs would fight each other even then. Because of this, currently, people should know the traits of these dogs to be prepared.

Due to the way these dogs were originally bred, they are still known to exhibit aggressive traits towards other dogs, even today. It’s important to know that these dogs should be trained early on, especially socially.

Most modern day breeders have bred the aggression out of these dogs to make great family pets. The Staffordshire though can still show some signs if not trained right, early on.

I actually had a mix breed that had Staffordshire Bull in her and Lab. I will say, she was an extremely hyper dog that needed a lot of exercise. According to everything I know, many dogs that are hyper need extensive exercise to keep their aggression at bay.

Many people love the Staffordshire Bull Terriers. Let’s face it, they are a very family-oriented breed. Once they devote themselves to a family, they are all in. Anyone that chooses to own a Staffordshire though, should obedience train them. Also needing social training as well, early on will be a necessity. If not socially trained, they will often turn aggressive towards other dogs, regardless of age.

In the 1900s, this breed was being defined by James Hinks of Birmingham. He was trying to make this breed one that was still highly sought after by many in England, though not used in the fighting bets. He made a very successful breed of dog that was very loving.

These dogs, if let to control themselves can still show signs of the aggression that was bred in them long, long ago. However, I know hunters that love these breeds because the dogs are able to run long distances. Able to grab the prey and drag it for a very long time, many love these dogs just for this reason.

Even though this breed was made to go after other animals, today, these traits are mostly bred out of them. In fact, if you look at what disqualifies them from any show, you’ll see aggression is a major hit against them. Shyness is also a no-no in any show that these dogs are entered into.

A lot of dog owners love this breed because of their loyalty to the family and the fierce drive to protect. They would make a great guard dog, though probably would protect you more from other dogs over humans. Most think they’re aggressive towards humans, but that’s not the case. If not socialized early on, they’re more apt to be aggressive to other dogs. Only because of how they were used long ago.

Regardless of the misconception of this breed, they are great pets. If you’ve ever had a Staffordshire, than you know what I mean. Once trained, they are great family pets. Very loving, very loyal, and very active with the whole family.

Do you have a Staffordshire Bull Terrier? What are some tips that you would pass to other would-be owners that have made your dogs the best they can be? Share with us!

2 thoughts on “The Staffordshire Bull Terrier”