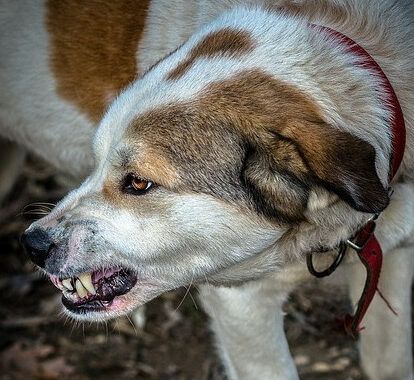 Can dog’s develop aggression? Mine have. Well, one of them anyway. Atlas, as some of you might know, reached the age of 2 years old this July. With that age, she’s developed a form of aggression that caters to food. I recently wrote an article that said that I had lost motivation because Atlas bit Buttons over food and she died in minutes.

What most people don’t realize, is that some breeds, even ones that are supposed to be of calm demeanor can develop aggression. Whether it runs in their lines, or it’s how they’re raised. All dog’s can change suddenly, and you should be prepared.

Some Dogs Have Aggression Naturally.

It’s known that Bullies have the APBT in their lines going way back. While the APBT isn’t aggressive per se, they can be towards other dog’s as time goes on. There are ways to help prevent this, which I’ll get into soon. However, it’s important to know that APBT’s naturally were raised – years and years ago – to be fighting dog’s.

Long ago, people thought dog fighting was a sport, and paid good money to watch this so called sport. People that owned the dog’s, trained them to attack other dog’s in the ring. The winner, usually the one that survived the attack, made their owners a lot of money.

While dog fighting has been banned for a very long time, it still occurs throughout the world. Not that I’m saying the APBT’s are fighting dog’s, but it does run in their blood to be more aggressive towards other dog’s; it’s simply something they were bred to do long ago. I will note though, that they are usually not aggressive towards humans. This is where the media have given them a bad rap over the years. But, they can be more reactive towards other animals simply because, like I mentioned, it’s in their blood.

Hence why it’s important to socialize them at a young age. It helps prevent this reactivity, which can turn aggressive as they age.

Some dog’s, even without the aggression in their lines, can develop an aggressive demeanor depending on the course of their lives and how they’re raised. Think of this way, if a child was raised by themselves, in a small room with only one parent until they were older, that child might not be social. Meaning, they woudn’t have developed the social skills of being around others. They would only know that one person that raised them in a room.

Same goes for dog’s. If you don’t socialize dog’s at a young age, they don’t know how to socialize with other dog’s. When they get older, they missed out on the natural cues from other dog’s to teach them boundaries. So, when they finally get around another dog, they don’t know how to act. They can often mistake a dog’s communication and see it as a threat. They might exhibit a low growl, or rough play, and the other dog isn’t having none of it. So, this can lead to a fight.

Dogs can also develop aggression by being attacked by another dog during their upbringing. They often will then fear other dog’s because of it, and lash out in fear. Again, leading to a dog fight.

There are ways to prevent aggression of course. One is to be sure to socialize a dog at a young age. Specifically, when the dog reaches 8-12 weeks old. This is the imperative time frame in a dog’s life that they should understand what it means to have boundaries. The older dog’s will usually teach this to young pups so that as they get older, they know how to behave. Kind of like a kid learns how to behave in school.

Preventing attacks is also important. I had a dog that wasn’t aggressive when she was younger until she was attacked by a dog while we were walking. The dog was off leash and I missed the signals that the dog was communicating by coming up on Annie stiff with the tail up.

As we got closer, the dog then turned on Annie and attacked her. It was after this incident that Annie was fearful of all dog’s that she saw and would lash out from fear of the other dog’s. It wasn’t anything that I could foresee, except had I noticed the clear signals that the other dog was stiff, I might’ve been able to prevent the attack by turning quickly the other way and walking fast. However, after that incident, Annie was very aggressive to all dog’s she came in contact with.

For those that wonder whether you can train aggression out, I’ve heard that you can. However, I’ve yet to come up with the best, solid plan for doing this. In fact, my life, with my two females is quite stressful at this moment. Atlas now likes to go after Muse, and of course, this usually ends up in a fight between the two of them. While I’ve learned to muzzle them up when they’re around each other, they still continue to attempt to fight with each other regardless.

From what I’ve read all over, as well as watched on videos, dog trainers swear that you can train the aggression out of any dog. And, while Atlas and Muse are a work in progress, they’re reactivity to each other continues on regardless.

I’ve thought about boarding one at a time and seeing how that goes. Maybe a month apart from each other would do them some good, but at this point in time, I’ve yet to seek this out as a viable option. I suppose a, “Stay tuned for more information,” would be appropriate right now.

I’m no expert by any means, but I have witnessed firsthand dog’s that develop aggression through lack of socialization, attacks from other dog’s, and simply having it in their DNA. How do I know it runs in their DNA? Because some lines – the dog’s from a single litter have all exhibited a food aggression in some sort of manner.

As far as training it out, that’s a To Be Continued. I apologize for this of course, but at least you know that my trial and error will be real. Especially since I’ll end up paying some good money for it when all is said and done.

There’s something to be said about the kennel rotation though. I’m not sure if it helps or hinders, since they’re not out together any longer. But, it’s a stress relief for me personally, since I hate to see them hurt each other and live in fear. I can see it in the way they hold themselves, ears back that they’re stressed and anxious. I want my dog’s to live a happy life, full of love and a safe home. The only way I know that I can do this is by keeping them apart from each other.

So, stay tuned for more information on dog’s develop aggression and training it out of them. I’ll write more as I know more.

How have you helped your dog’s with aggression? Have you trained it out of them? If you did, what did you do to help it? What worked and what didn’t? What tips and pointers do you have for those that struggle with this at home with two dog’s that they thought would be good companions? I’m not the only one in this predicament. Especially since many have posted on FB that they’re following my post just to seek answers to their dilemma.