My Dogs Attacked A Cat.

My Dogs Attacked A Cat.

I’m going to start off by saying that yesterday was not a good day. In the beginning, the day just didn’t start off right. It seemed like everything that could go wrong, did. I tried to keep my spirits up most of the day, but things kept going wrong, and alas, spirits tend to drop when that happens. By the end of the night, my dogs attacked a cat.

Now, this cat lives here. See, my family and I stay with my widowed Mom to help out where we can. I drive her to and from work. Take care of the cleaning and cooking. She has cats and we have dogs. I’ve had cats in the past. My share of them in fact. I like cats, just not all cats. They can have a tendency to be a little, finicky.

Here’s the deal. Atlas has grown up with the cats in the same house. She’s not around them all the time, she stays upstairs, the cats are down. But between her and Muse, they really did a number last night. I started looking into this, to find out why they suddenly attacked.

My Dogs Suddenly Attacked a Cat? Why?

This information is a little convoluted when I was trying to find all the answers. It’s happened a lot for people that have dogs and cats at home. More often than not, they claim to get a dog behavior analyst to find out why the dog suddenly attacked. I’ve been dwelling on this all of last night, in the middle of the night – yes, I laid awake thinking of the events that transpired – and of course, this morning. 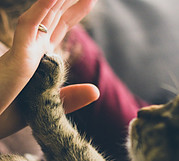 First, however, I want to note, the cat seems fine. She has a mouth injury, probably from trying to fend off two dogs, but other than that, she seems okay. We’re monitoring her for the next 48 hours to be sure. But, no broken bones, no punctures wounds, just a mouth wound.

The attack last night happened so fast, it was hard to process what even transpired.

Last night, there was a Rainbow demonstration at our house. It was fun to watch, and definitely something that seems like a good addition to the home. However, Muse was attached to my legs the entire night. The gentleman that was here doing the demo, John, whenever he tried to hand me something, Muse was on point watching like a hawk. Always standing or sitting between me, and John. Atlas on the other hand, was more interested in where my Mom’s cats were hiding.

Atlas, whenever she’s downstairs, loves to seek out these cats. I don’t know why she’s so high-strung over cats, but she is. However, she’s never hurt one before last night.

Back to Muse. Now, she seems very protective over me, especially recently. She doesn’t like me going anywhere without her. So much so, that she will literally leap from a car to get to me. Over people, objects, anything in her path. Last night was no different. By my leg, watching this guy in our house like a hawk. Which is fine. I’m okay with her doing her job. She’s my protector, and supposed to make sure I’m okay. But things turned towards the end of the night.

As the demo is nearing the end, we’re given a free air purifier. Now, we had a major water leak in the crawl space just recently. We’ve been dehumidifying it for a week now, and it’s finally clearing up. Unfortunately, this is in Mom’s room. So, we decided to put the air purifier in her room, to help with the smell and clean the air for her. She recently got a bad cold, and we think it’s from the crawl space having to be left open for a week.

As we’re plugging this machine in, and trying to figure out why it’s not turning on, Mike is in the crawl space checking the bucket for the dehumidifier. We get this thing working, and next, I hear Atlas and Muse running crazy under the bed. Atlas is on one side, Muse on the other. They have Mom’s cat, Princess, pinned under them and they keep trying to attack her.

Now, one dog, I can handle. Two? No way. I grab Muse by her hind legs and start pulling her off of Princess. But, here comes Atlas to finish the job. I yell for help, and Kyra, Mike and I all start trying to pull these dogs off of the cat.

Mike was successful with Atlas. She gets pulled out of the room, but I’m still dealing with Muse. She’s never been like this, and she is adamant to get this cat for some reason. So, I pulled with everything I had in me. She attempted to get back under the bed, even as I’m pulling. But nope, not today!

I get Muse out from under the bed, but than she launched herself up onto the bed, to go after Princess again. Thankfully, this is when Princess jumped up into the window, and with Muses weight behind her, she was able to get out the window.

Muse did attempt to follow, but I was able to grab her and get her back. I, of course, was yelling like a crazy person, to “Get upstairs!” She ran up, finally, and than I had to go find Princess and rescue her.

Since they’re not outdoor cats, she wouldn’t know what to do or where to go.

With the help of John (such an awesome guy to help during this ordeal, let me tell you what!) and Kyra, we were able to locate Princess hiding in the bog. She was sitting in some pretty dirty water, but she let me grab her up and bring her inside. I carefully looked her over, felt her legs, her head, her stomach. Wanting to be sure there were no major injuries, or punctures or broken bones. But, she did have a small mouth wound that was bleeding. Other than that, she just looked traumatized.

Now, like I said in the beginning. I’ve literally been pondering over this since last night. Why the attack? What made it so violent and so sudden? Muse was raised around cats, I’ve seen them. Atlas has been around them her whole life, but not near them. Just in the same house! For the life of me, I just can’t figure out why my dogs suddenly attacked, and so violently!

My Theory on Why My Dogs Attacked a Cat.

Since bringing Muse home, Atlas and her have formed a pack. I watch it day to day. Observing their behaviors, and watching for their triggers. I say triggers, because they’ve started to exhibit pack-like traits. Meaning, if one of them is provoked, the other comes to the rescue. Or, if there’s a commotion outside, Muse waits for Atlas to signal something is wrong. Otherwise, she sits and listens with rapt attention by my side. Muse only leaves it if it’s necessary.

As far as toys go, they have fluffy, cotton filled toys that they play with. They play tug-of-war, tearing these toys apart. I’ve

taken all the bones away and put them up, in a large bag. Bones spark aggression between them, so no bones. They also like to fight over certain toys at odd intervals, so, I take those toys too, if I need to. Maybe they saw Princess as a fluffy toy? She’s a very fluffy cat, so just maybe?

No, I think what happened last night, was Muse was already on point, and triggered with John here, doing a demo. While she could sense I was fine, I did start to get agitated towards the end of the demo.

I Think She Sensed My Agitation.

Dogs are genuinely protective animals. They protect their pack, and they definitely protect their leader. They see me as leader, hence why Muse follows me, and is always on guard when I’m out of her reach. As the night progressed, I was getting bombarded to sell these machines. My husband was trying to convince me, my Mom, giving me that look of hers. “What a great idea!” Personally, I don’t want to sell machines at night. I’m a writer, this is what I do. My own business online, not selling vacuum’s. No offense to those that do, we love these machines!

However, Muse sensed my frustration growing and my agitation. When we were in the bedroom, trying to get this machine to work, my agitation grew. Muse saw the cat as the threat since she was right next to my feet, slightly under the bed. 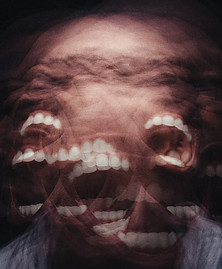 Seeing the cat as a threat, she decided to act. Now, I don’t think it was all just my agitation. Atlas contributed. Always seeking out the cats, and attempting to get them riled up, Atlas played a hand in this as well. So, I think that when Atlas came from the other side, under the bed, Princess moved closer to me. She knows I won’t ever hurt her, so she attempted to get away from Atlas.

This is When Muse Moved in.

So, when Muse moved in, this is when it had gotten ugly. The cat was trying to roll to get away from both dogs. They almost acted like she was one of their stuffed toys, and were trying to get to her from either side. However, from the way Muse was acting, this wasn’t a toy to her. Atlas was more trying to stop Princess from getting away. So she was trapped between the two dogs.

Mike grabbing Atlas up and getting her out of the room helped immensely. Muse, I had a harder time with, because she was agitated. And, I still believe it was because I was agitated, so she was mimicking my emotions. Protecting me, or trying to help me, whatever the case.

I will say though, that based on what I had seen, if they were trying to actually hurt Princess, they would have. In the position she was in, they could have done some serious damage if they were trying. Thankfully, she wasn’t seriously hurt, and she’s okay with just a minor mouth wound that we’re keeping an eye on.

What the Future holds for the Dogs and Cats.

These two dogs, together, are a force to be reckoned with. I’d imagine that if they were trying to hurt the cat, there’s no doubt they would have. Needless to say, it was still traumatizing to watch and attempt to break up. I know now, that I will need to keep them from being downstairs together though. Also, maybe always on a leash to bring them up and down. Until I know more about how they’ll act in the future with the cats.

After last night, I am now weary about my two dogs being together, in a situation with an animal that they see as a threat. 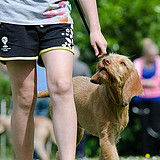 Or toy – again, they could have seen her as a fluffy toy.

I also know that I will need to do some serious obedience training with them, both. They need to listen when I say no, even if it’s in an escalated event. This is when training is the most crucial. I know I have some work cut out for me in the near future. They simply can not be that force that I mentioned, unless it’s in a situation where I am actually being hurt, or attacked.

Have your dogs ever attacked a cat? Did they grow up with the cat? What did you do to stop the attack? Did they try to attack again later? What steps did you take to keep this from happening again?

Sharing your story might help others that have been in this same situation, and help them.

4 thoughts on “My Dogs Attacked A Cat.”