What Is Chicken Meal? 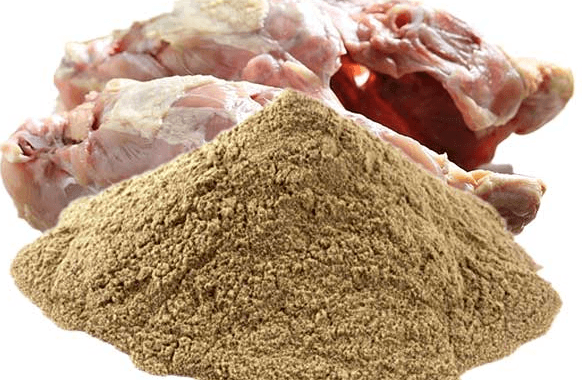 What Is Chicken Meal?

The problem with the chicken, is once it’s been processed to be sold in stores, there’s still more left. The food companies can’t necessarily just dump the remains either. Decomposing meat and flesh emits a lot of gas. That’s not good for the environment.

In order to understand how it goes from a chicken to chicken meal, we should first understand the processing.

Chicken farms are everywhere down in the states. Not so much in Alaska. It’s too cold up here for the chicken farms to do really well. That is, unless they want to heat the large units that are made to hold the birds. Not terribly feasible up here.

Down in the states though, you have very large chicken farms. Long, rectangular buildings that house the thousands of chickens needed to supply the stores with their meat. From my understanding, it’s quite a gross job, too. Wading through the muck of their poo to feed them and such.

Moving on from the poo, the chickens, once grown, are ready for slaughter. They go through a somewhat humane process (somewhat) of being killed. Once they’re dead, then they get de-feathered. No one wants a full on dead bird wrapped in plastic, right? After this, different cuts are processed.

The Processing of Meat.

This is where the grocery stores get the cuts that people buy. There’s a lot to choose from when it comes to the chicken. First, you have the whole chicken. Then, you have the leg quarters. That’s where the drumstick is still attached to the thigh.

Don’t forget the wings, especially the full wing. Some chicken processing plants will cut the wings up. So instead of that useless tip, they cut that off and leave you with the meaty parts.

Then, there’re the thighs and drumsticks. Let’s not forget about the breasts either. Some of these cuts come with the bones still in them, others with the skin. But this isn’t all that’s sold at the stores.

The gizzards, the hearts and the feet are also sold at stores. In some places, people will also eat the liver, but that’s not everywhere. Only in certain states that I’ve been to, do I see chicken livers for sale. So, our bird has been processed for human consumption.

What about the rest of the body? Where does it go?

There is More to the Chicken.

I know it might be gross to think about this, but there is blood and other stuff in that chicken. In fact, there are a lot of organs leftover after the slaughter and processing. I mean, have you forgotten about the lungs, the intestines, the bones? Well, I haven’t.

There are about 300 chicken meal processing plants in the US that make something out of the other “stuff”. While many might think it’s gross, it’s actually used to make up a composite that is used as a feed for animals. Some goes to dog food companies. Others are used in farm animal feed.

It’s not just discarded after the human parts are done. We know that we can’t throw it in the dumps. Imagine, thousands and thousands of decomposing chicken bodies. No, thank you.

Now, the “stuff” is ready to be processed into chicken meal.

Now we know that the “stuff” is ready to be further processed into chicken meal. The purpose of this, is so that the other stuff can be sanitized. I mean, they’re going to grind up the intestines and other organs. You don’t want feces to get mixed into the chicken meal that’s about to be made.

I would also like to point out that not all chicken meal processing plants are created equally. Meaning, some plants are better at cleaning than others. This is how it’s determined whether there is too much ash in the meal. Too much calcium. Ash? Calcium?

Testing is done by the company that decides to buy the chicken meal. This is how they ensure that the product they’re getting is quality. Sounds weird, right?

Chicken Meal is Finally a Powder.

After all is said and done in the plant, the chicken meal is finally just a powder. Almost like protein powder in a sense. Used in a ton of products, especially dog food. But, it’s also used in other animal feed, so let’s not forget about the cow eating his chicken friend. Okay, too far.

While many might be wary of chicken meal, it’s really a protein packed product. A good way to use the rest of the carcass of the chicken and not be wasteful. As it is, there’s a shortage in the food supply. So, we want the remaining “stuff” to be used however it can be.

I will note, that the processing plants claim that the intestines don’t go into making the chicken meal. However, I’ve seen some plants that do a cleansing of the intestines, and yes, it gets thrown in the mix. I mean, the sausage we buy, when natural, has an intestinal wrap. How else would you get a sausage skin. Think about that for a second.

When I buy dog food, I’m not opposed to seeing Chicken Meal included in the food. What I don’t like to see is the By-Product Meal. This means, it can be whatever the heck it wants to be. I kind of like to know what the meat/protein source is. It’s like to going to KFC and you get that weird mystery chicken. Only, it doesn’t taste like chicken. We’ve all had that experience, I’m sure.

So, now you know what chicken meal is. Are you opposed to seeing it in your dog food? What protein source do you look for specifically?

4 thoughts on “What Is Chicken Meal?”