A Dog Died of Heat Stroke – A Tragedy. 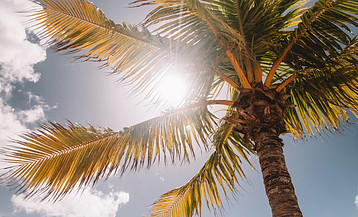 A Dog Died of Heat Stroke – A Tragedy.

In my recent social media scrolling, I read an article about a tragedy. A dog died of heat stroke. It’s very sad when I read these articles, but it often happens, especially in hot states. Now, I won’t go into details on who this happened to, or where. However, I’m here to help stop these tragedies from happening to others.

So, what is heat stroke? Heat stroke is basically the inability for the body to cool itself off in extreme temperatures. More often than not, dogs that suffer from heat stroke, suffer while in vehicles. The cars temperature rises very quickly, even in the shade. Most people think that their dog is only at risk if they’re in the sun. That’s not always the case.

But first, let’s get into how the body cools itself. Next, what exactly is heat stroke, and how can you see the signs? Finally, how can you prevent heat stroke? 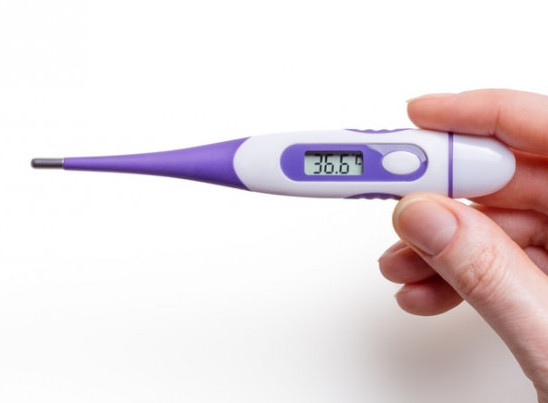 The body is a fascinating thing. Able to regulate its temperature, keep itself cool or warm to protect against the elements. Dogs are the same. They need a regular temperature in order to be happy and healthy, just like us. A human’s temperature sits around 98.6 degrees. A dogs, sits around 101.5 degrees. Slightly warmer than a human.

When that temperature increases, then the brain starts to suffer. The brain, the imperative organ that it is, needs to be regulated. For human’s, our body regulates the temperature by sweating. This pulls moisture from the body in order to cool the skin down and get our temperature back to where it needs to be. A dog on the other hand, sweats from their tongue.

When they start to get hot, they start to pant. Salivating excessively draws moisture to the tongue, allowing them to cool themselves off. But let’s think about this for a second. Humans and dogs both sweat. But, in order for that sweat to cool us, we need some sort of air circulation. Wind as we like to call it. That wind, will cool that sweat quickly, thus cooling the blood at the skins surface and cooling the inner body temperature.

If the body can’t cool itself, then we run the risk of stroke.

The Start of Heat Stroke.

I briefly explained what heat stroke is, but I didn’t go into very much detail. As I mentioned, the brain needs to be at a specific temperature to be healthy. Once that temperature is breached, then the risk of stroke increases dramatically. Humans and dogs can both suffer from heat stroke. But we’re going to talk about dogs in this one. Only because, a dog died of heat stroke. And, it could have been prevented.

A dog’s temperature will rise quickly when there is no air, and no fresh water for them to cool their tongues. Once they 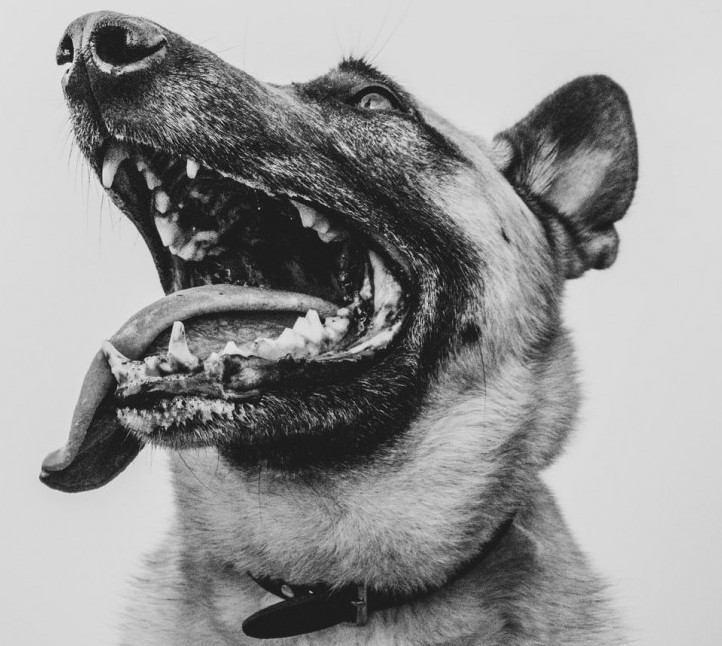 start to reach a core temperature of 103, then heat exhaustion starts to set in. This is when they start to pant very heavily. They’re attempting to cool themselves more, by panting more. This is the delicate time of getting them to a cool place, and providing them with slightly cooler water.

If this isn’t done, then their core temperature will continue to rise. Once it reaches 106 degrees, then they start into the heat stroke phase.

Once your dog reaches the heat stroke phase, it’s almost always too late at this point. They will show signs of extreme heavy breathing, sometimes difficulty breathing in general. Very heavy salivation, to the point where their mouths are covered in saliva. This is their bodies attempt at cooling their core temperature, but without the air, remember, it does no good.

Their tongues will usually start to become very red as the blood rushes to it to attempt to cool off. It may turn a more gray color as the shock starts to kick in.

They may start to vomit as well and possibly have diarrhea. This is usually nausea that causes this. Same as for human’s. If we become too hot and can’t cool down, we start to feel faint and may start vomiting. The bodies natural response to nausea.

Lastly, the dog will start to stagger and feel faint. They may collapse as the shock continues through their body. This is hard to describe, I will say. At this point, your dog is in serious danger and should’ve been on the way to the ER already. No living being should have to endure any of this.

I’m sitting here, petting my babies as they lay next to me, and can’t help but feel sad for those that have passed from this terrible experience. How can you prevent heat stroke?

How to Prevent Heat Stroke.

Preventing heat stroke is pretty easy. Don’t leave your dogs in your car while you’re not there. I’ve left my car running while I run into the store, but I time it. And, I leave the AC blasting and make sure before I get out that it’s very cold air coming out. When I time it, I time for 25 minutes. The car will stay running for 30 minutes before it shuts off. How do I know it’s 30 minutes? I’ve sat in my car plenty of times waiting for someone, and it’s 30 minutes to the second.

So, if I’m running into the store for something, I keep it running. Once that timer goes off for the 25 minutes, I go back to the car and I switch gears. This restarts that timer. I check on my dogs, make sure they’re okay and cool to the touch. That the car actually feels cold inside and not warm. I also make sure to have a water bottle and bowl on hand and I give them water before going back in.

There have been plenty of times when I’ve had my dogs with me, and I’ve had to go out and restart the timer. I get it, it happens. We need to do things even when our dogs are with us. However, if you can’t do this, or don’t know your car like I do, leave them at home.

A dog’s home is their safe place. This is where they have water, cool areas to lay in, and shade. They know all the tricks to stay cool, even when they’re outdoor dogs. Maybe they’ve dug a burrow under the decking and they lay under there where it’s cool. 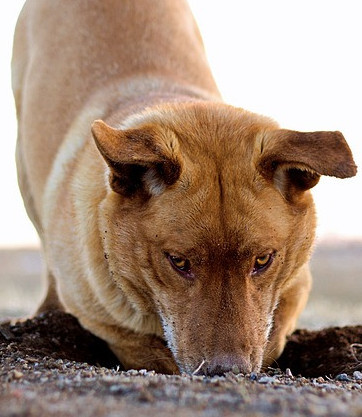 I had a friend whose dog was an outdoor dog while he was at work. Coming over to his place to have a drink or two, I would watch as his dogs came out from under his decking on their bellies. It could be one of the hotter days in Anchorage, but when I pet his dogs, they were cool to the touch.

Dogs will often burrow into dirt to stay cool. So, if you have an outdoor dog and you notice they dug under your deck, they were just keeping themselves cool. I would also recommend a dog pool if you have outdoor dogs. Keep it in a shaded area so they have a way to lay in the water and help cool themselves off more.

If you need to take your dogs with, but you think, “It’s a cloudy day, I’m taking them on errands with me,” be sure to still have a way to keep them cool. Even on shady days.

The Sun isn’t Always to Blame.

In Alaska, we’re pretty lucky when the sun isn’t out full blast. Our temperatures stay around the mid 60s in the shade. But this isn’t the case in hot states. Let’s use Oklahoma for an example. In OK, it gets very hot and humid in the summer. So, if it’s sitting at 100 degrees outside, it’s going to be hotter in the car. Why? No air flow.

Sitting in the open outside allows for some sort of fresh air flow. It might not always feel this way, especially when you’re living in it, but there is a very subtle breeze. In the car, you simply don’t have that, even with the windows cracked. That tiny crack doesn’t allow for enough air to keep your dogs safe. Just like when you sit in your car and you feel hot, so you open the door, dogs feel the same. The difference though? One, they can’t open the doors. Two, they’re wearing a fur coat.

Best bet when it comes too hot and humid states? Leave the AC on, or your dog at home.

Some parts of this article were hard to write. Especially the signs and the stages of stroke. I beg all you dog owners out there, please don’t leave your dog locked up in a car. I know I do with the AC on, but I also live in Alaska. On hot days, where the sun is out, I have timers for my dogs. Even in the Alaska shade, where it’s only 64-67 degrees out, I still leave the car running with AC on. Now, I won’t blast it at the 59 degrees it’s set at, but I’ll still keep it at 64.

Also, I check on them every 25 mins. My dogs are my babies. If it’s very hot outside, like it has been this summer a couple of times, and I know that I’m running a long errand, like a doctors visit that I can’t leave to check on them, I leave them at home. Sure, they get mad and Muse has even pooped on my couch as a “F U Mom”, but that’s okay. I’d rather clean up her anger at me, then risk her getting sick and potentially dying. 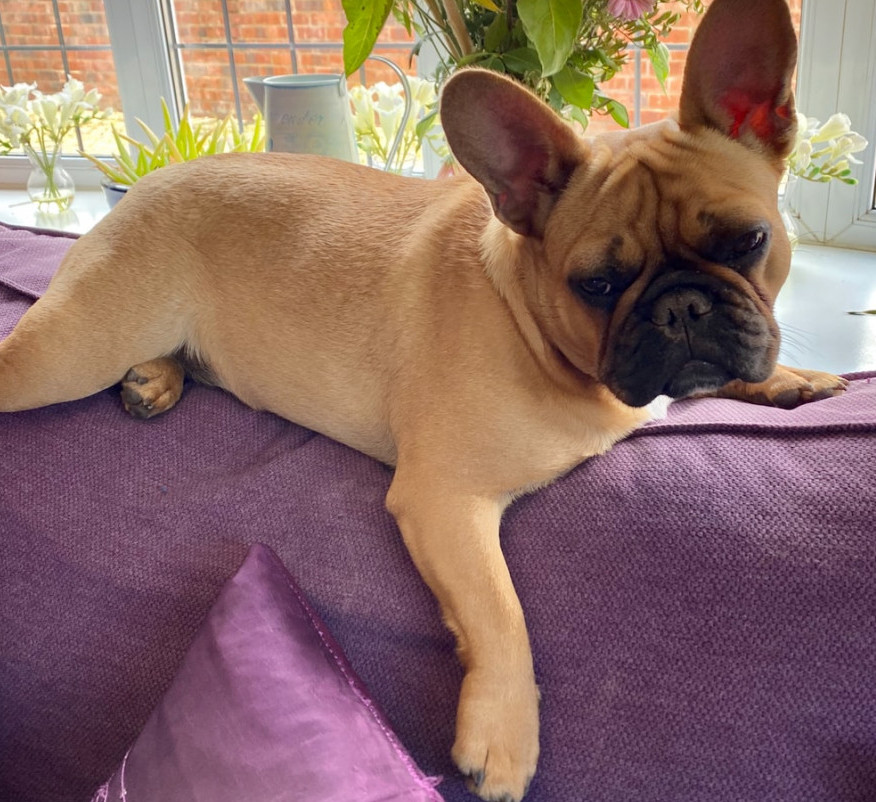 Weigh your risks. If you can’t make sure they’re okay, don’t risk it. Leave them at home!

4 thoughts on “A Dog Died of Heat Stroke – A Tragedy.”