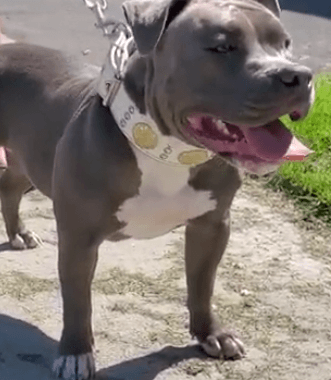 As an avid dog lover, I can’t help but sometimes look at Atlas as we’re eating something.   Often, I can see it in her eyes that she would just love for us to drop a mighty morsel.   I mean, who can stand the puppy dog eyes?  Pleading, “Please drop something, that smells yummy.”   There are some human foods that dogs can’t eat though, and I have a nice list.

I recently wrote an article on garlic for dogs and whether it’s actually good or bad.  In my opinion, I’m opting to stay away from this for her.   Even if it’s a steak that had some garlic in the seasoning, I think it’s best to forego that bone or piece of meat.

Last night, she got some leftover rice which I’ve always given to my dogs, but the rice had soup that we had mixed in with it, and the soup contained an onion that I had boiled in it.  This led me to looking into more human foods that dogs can’t eat, and I have a nice list for you here.

Looking into the toxicity of garlic, onions and other foods, led me to find out that grapes and raisins are some of the most toxic human foods that dogs can’t eat. Small amounts of these dangerous fruits causes dog’s livers to shut down and they can die from these harmless little things.

According to most of the websites I looked at, as little as 1-2 grapes can kill a small dog, and it would only take about 6 to take down a 50lbs dog.

Knowing that grapes are so lethal to my Atlas, makes me rethink whether I’ll be buying these fruits again in the future. See, I have two young daughters that like to get into trouble when Mom isn’t around, and while I was resting my headache, they decided to have a grape fight and throw grapes at each other.

After finding out that just a few can take down my dog, I was furious and had to move everything in the living room to ensure that not a single grape was under the couch, or under my desk that Atlas could get a hold of. So, now I’m thinking, I don’t need grapes – honestly, I can survive without them. I have wine instead!

This is an odd one, right? Apparently avocados contain a fungicidal toxin which can cause dogs to develop health problems and in some higher doses can cause death in dogs, though in everything that I read, the dosage that causes death has been inconclusive.

Because studies have shown that this human food is toxic, it’s best to stay away from feeding this food to dogs. Personally, I don’t think my dog needs avocados like I do, so she’ll be just fine. I don’t eat them often anyways, in Alaska, it’s about $2-$3 per avocado – so they’re a treat and a rarity.

This is another odd food that I don’t see why people would be giving their dogs nuts and seeds. It’s not often that I would look at Atlas and say, “I think you need some walnuts in your diet.” However, since we’re on the list of human foods NOT to give your dog and the reasons why – nuts and seeds are on this list.

Apple seeds, cherry pits and stems, and most other nuts and seeds can cause serious damage to your dogs internal organs. Cherry stems and pits contain Cyanide and this is potentially lethal to dogs if they accidentally eat them. Again, dogs don’t really need these items in their diet.

Most of you already know that chocolate is bad for dogs…..why? It contains methylxanthines. Uh, what are those? Basically, chocolate shuts down their metabolic process to where they can no longer digest foods. In the end, it can cause seizures, heart malfunctions and yes, even death. Don’t give your dog chocolate basically.

What about caffeine? Coffee and soda affects dogs the same way it does a human, but imagine their weight compared to ours. Have you ever seen Over The Hedge with the squirrel that drank the soda and basically wigged out? Imagine this with your dog. While it was comical to watch it on TV, if my dog were to suddenly start moving in super fast speeds around the house and see all of us in super slow motion, she would most likely have a heart attack. Which, according to some sites that I found has happened in dogs.

Alcohol – not much to say on this. We get drunk pretty easily, so your dog would be two-fold. Studies say that alcohol can be harmful to dogs, but I will say, my older dog Annie loved beer. But, her weight only being 60 lbs, obviously I didn’t give her a 6-pack, it was more like a couple of sips and that’s it.  She was fine, but some people will give their dogs too much and it can be harmful to their livers and kidneys. I would say, abstain from giving your dogs alcohol. It’s not like they need to social drink like we do. They’re social already by sniffing your crotches.

What Can They Eat?

Dogs are so similar to humans in that they can eat a lot of the same foods we can, but some things that we can eat, dogs just can’t because their anatomical digestive systems differs slightly from ours. They can eat rice, oatmeal, meats, vegetables, like green beans, peas, celery, carrots, and many other items. The American Kennel Club and the ASPCA website for the lists of foods that dogs can eat and they both have a very nice comprehensive list.

I do want to note that in my days of searching online for the foods that dogs can eat, oatmeal is very good for them.  Also, I didn’t know that oatmeal makes their coats shiny (I wrote an article on this as well), aids in digestion, helps prevent obesity and certain cancers and diseases and much more. Basically, the same health benefits to humans, save for the shiny coat portion, but oatmeal is healthy for us, same as for dogs. When you cook oatmeal, use plain oatmeal, like steel cut or old-fashioned and boil it without the salt and sugar.

More They Can Eat

I also like to cook brown rice for Atlas and mix in the frozen mixed vegetables along with cooked meat like salmon, chicken or beef.  I find that making her food at home, she’s healthier, has no digestive issues and seems overall more energized in just a couple of days.

If you choose to only feed them dog food, that’s a healthy diet as well. Just know what’s in the dog food you’re picking up since many contain harmful chemicals that can cause health issues in the long run. I wrote another article about good dog food, especially for the Bully Breeds and you can view it here.

What do you give your dogs at home? Do you feed them human food?