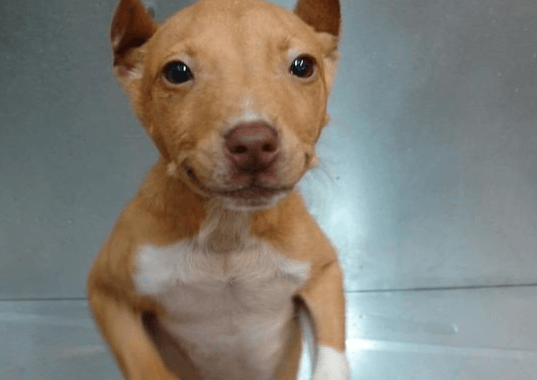 In my recent internet scrolling, I’ve found that there are Pit Bull Chihuahua combinations. In all my years of having dogs as pets and friends, I never would’ve thought to combine these two breeds. You might be wondering why. Well, Chihuahua’s can be very aggressive. I’m not too sure about making this breed larger.

Some might be questioning the aggressive nature of the Pit Bull. In all reality, the American Pit Bull Terrier actually isn’t aggressive unless raised that way. I wrote about this breed not long ago and their typical demeanor. The APBT is a very loving, cuddly dog. The Chihuahua is not.

Now, I have two Chihuahuas’. I’ve had more in the past because they are very loyal dogs. But I will say, they are very, very hard to train. They also tend to be very aggressive dogs by nature towards other people. And, other dogs, actually. Don’t get me wrong, I love my Chihuahuas’. Most days.

However, some days they can be a real pain in the rear, if you know what I mean. Most Chihuahua lovers are fiercely dedicated to their Chihuahua’s. My smallest, Buttons, is the cutest I’ve ever seen. She’s also very loyal to me and my husband. But, she does not like strangers in the least bit. She also hates other dogs.

Typically, small in stature, with a few types of looks. You have the Apple Head Chihuahua. They have the round head, short muzzles and large eyes. Slightly resembling an apple shape.

Then, you have the Deer Head. Longer muzzles and their head is smaller and does not resemble an apple shape. 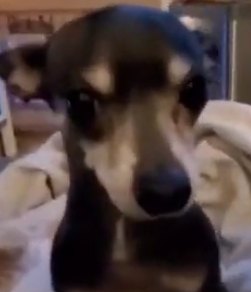 This is where I’m not sure I’d want to mix the Chihuahua and the Pit Bull. Chihuahua’s, as mentioned above are very timid when it comes to people they don’t know and dogs. When an animal is weary, they can get defensive. A defensive dog can lash out and attempt to bite.

When a friend comes to my house for the first few times, my two Chihuahua’s are very aggressive towards that person or people. And while they only go to your ankles, that doesn’t stop them from chasing your pant leg and trying to get a hold of it. Imagine this, only in a big dog.

Even in public, the Chihuahua’s don’t like people or strange places. My two, while I socialized them at a very young age, still hate people besides the family. Even my daughter who no longer lives with us, they don’t like. When she gives me a hug to leave, my smallest, Buttons, goes after her. I simply can not imagine if my big dog did this.  I do believe that a bite to the face would be inevitable.

The American Pit Bull Terrier with a Chihuahua Demeanor.

Let me start off by saying again, the American Pit Bull Terrier, APBT, is a very loving dog. They get a bad reputation from the media portraying them to be aggressive. They are not. However, this doesn’t stop some owners from raising bad dogs. Any breed of dog can be aggressive. Look at the Chihuahua! I didn’t raise them that way, they’re just naturally that way. I swear.

If an ABPT had the demeanor of the Chihuahua, then that would concern me a bit. A dog that, while super loyal, may exhibit the shy, timid nature of the Chihuahua. That could cause them to be more aggressive because they’re afraid. Many dogs that are afraid can lash out and attempt to bite.

Imagine, a dog that chases your ankles upon first meeting you, but instead of tiny teeth unable to do anything, they have large teeth that takes a bite.

I don’t have any personal knowledge of these two breeds mixed. However, thinking of my Chihuahua’s in a large body. Well, there’s concern. But, maybe they’re a good dog?

Some Say They’re a Great Mix.

I have seen some dog owners with these two breeds mixed claim they are a great dog. Let’s take the positive sides instead of the negative sides.

Chihuahua’s, as mentioned, are great when it comes to the family. My two follow me everywhere. They sleep with me religiously and refuse to be away from me. If I walk to the bathroom, they follow me. Sometimes, they want to play though it’s not as often as my larger dog, Atlas.  It’s really cute to watch a two pound Chihuahua play with tiny toys.

Buttons, the smallest Chihuahua is calm when it comes to grooming her. She lets me blow dry her, clip her nails, etc. No fuss. My larger dog is more a pain to groom.

In the pictures I’ve seen, they sure are a cute mix. With ears that tend to stick up, it could alleviate the problem that many Bully breeds have with ear infections. Bullies ears tend to run more hot than other dogs. Combine moisture with that and you have ear infections and yeast infections that often cause them great pain.

I’ve tried to mention both the potential pros and cons of these two dogs mixing. A few pros, but many cons. And I say many cons, only because of how my Chihuahua’s have been in the past, and are currently.  I’ve had quite a few types of breeds for dogs in the past. Many of them were mixed breeds adopted from shelters. When it comes to adopting, you don’t always know what you’re getting when it comes to demeanor. I always hoped for the best to be honest.

Of all the Chihuahua’s I’ve owned, I’ve trained them all like big dogs. You take them out as puppies and you teach them to be social with other dogs. I used to pass off all my Chihuahua’s to as many people as possible. Holding them, petting them, etc. All this to teach them to be kind to people and dogs.

But, no matter how much I did this, they still grow to be adults that simply don’t like anyone other than the family. Don’t get me wrong, I love them so much. They are very, very loyal companions. Little lap dogs that love the family. I simply can’t imagine making them larger than they are for responsible reasons.

How about my readers? Who has a Chihuahua? Who has an APBT? Could you imagine mixing them? How do you think they would turn out? Maybe you have a Pit Bull Chihuahua mix. How are they? Share with us and tell me I’m wrong.